Inside the Vault: The True Story of a Master Bank Burglar 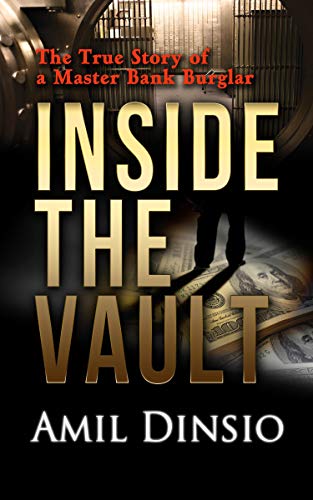 Millions of dollars sat in a small, non-descript bank perched on a hill in the quiet town of Laguna Niguel in Orange County. But deep within its vaults was a secret: millions of dollars in illegally obtained funds belonging to none other than President Richard Nixon. Those stolen funds would not remain Nixon’s for long. Over the weekend of March 24, 1972, a crew of bank burglars from Youngstown, Ohio orchestrated a burglary of the vault, which would eventually result in a score of over twelve million dollars – the biggest bank vault burglary in U.S. history. This book tells the remarkable true story of that burglary, written by the real-life mastermind who planned it: Amil Dinsio, one of the most successful and prolific bank robbers and burglars of the 1960s and 70s. Dinsio reveals not only the technical details on how the crime was committed, but also how the perfect burglary was undone by the FBI’s dirty tricks.